Are Younger Donors Worth the Investment? 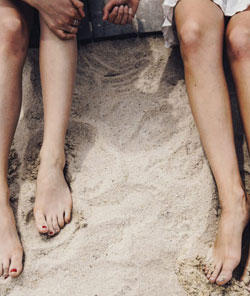 Are Younger Donors Worth the Investment?

The idea of getting donors in at a younger age, so that they will support us later, is not without its merits.

Face-to-Face (F2F), for example, has achieved something that no other channel has – getting younger people to donate in large numbers.  And by younger, we mean under 60. Before F2F, the average age of a donor was around 70.

F2F brings in donors with an average age in the early to mid 40s. This is remarkable, and the volumes have been huge.

But what about younger?

Donors over 65 and older comprise (by far) the largest slice of the Australian charity pie. Those under 35 comprise the smallest.

It’s great to have young donors for your charity, and great to see them engaged with your mission. But set the right expectations around this demographic. The younger the donor, the more difficult it is to sustain their giving. And obtain a strong lifetime value.

Generally, using past performance as an indicator, older donors are:

This is what makes older donors better.

They’re not focused on Millennials. They’re studying the baby boomers because that’s where the future fundraising gold is. And will be until 2044, when the last of the boomers turns 80.

But if you’re busy chasing Millennials – then your fundraising is going to suffer! Whatever you do, don’t forget about baby boomers! They’re one of the biggest opportunities for financial growth for non-profits.

It’s older donors who make the not-for-profit world go round.

So should you write off young people then?

Not at all. But again, be realistic about this demographic and your charity’s ability to sustain their lifetime giving.

Let’s look at the Ice Bucket Challenge as an example.

The challenge also lowered the average age of ALS donors from 50 to 34.

But what happened was that the Ice Bucket didn’t last forever – or even for very long. By September 2014 (after starting in June), donations had dropped to near pre-challenge levels. By Christmas 2014 they were only slightly higher than they had ever been.

Attempts to repeat the phenomenon have not come close. Why? Because you can’t build a fundraising strategy around an independent viral sensation.  And younger donors move on quickly from cheap, quick and fast fundraising challenges.

Today’s ALS donors remain those who are older, deeply engaged in the cause, and have given over many years.

If your challenge, as a fundraiser, is to maximise net revenue through sustainable channels, then it’s about building regular giving, middle and major donor giving and bequest streams.

If you want to lower the average age of your donor, do more digital fundraising … more social media. More face-to-face. Those things will get you a younger donor.

But remember, if you really want to get better results, across all age segments, smart, multi-channel, transparent, donor-loving fundraising will get you more donors every time.

Do this for your donors and you will have your own Ice Bucket-like fundraising success. And it will last.

So when should you go after the younger donor?

Only then … think about going after young people.

Onward to Storytelling Success: Two Books that Lead the Way